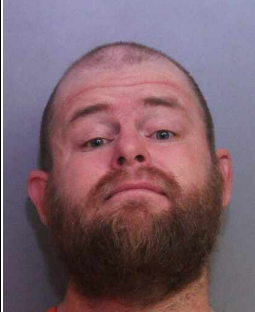 Polk County Sheriff's detectives are looking for 43 yr old Robert "Little Man" James Pope (DOB 10/1/78) who has a Polk County warrant for written threats to kill and is to be considered armed and dangerous. He has a violent criminal history and has been to Florida state prison, and has lived in GA and TN.

Pope is 5' tall and 175 lbs, with blonde hair and brown eyes. He has tattoos on both arms: two skulls and the grim reaper on his left arm and praying hands, a skull, and "silas" on his right arm.

He was last seen near CR 640 & CR 555 in Fort Meade here in Florida. He is believed to be armed and will want to fight with law enforcement if confronted.

Back to Crime Stoppers